Fraser meets the Dutch social anthropologist who lifted the lid on the UK’s role in the global banking crisis. [Warning: after reading this you might want to keep your savings in a biscuit tin under your bed]

After the global banking crisis a decade ago, a Dutch social anthropologist called Joris Luyendijk conducted more than 200 anonymous interviews with senior figures in the City of London. He wanted to understand how the ‘Crash’ had happened and what we could learn from it.

His findings were revealed in a weekly column he wrote for The Guardian and wrapped up in a compelling book called Swimming With Sharks. The lessons he drew from these frank interviews, sometimes held late at night, often over a glass of wine, were alarming. Corroborating the perspectives of other industry commentators, they shone a bright light upon the cultural and systemic failings of this complex world of money that we all depend upon.

Swimming with Sharks was published in 2015 but the problems it highlighted remain unresolved. I met up with Joris (during the day; no wine) to talk through nine key lessons that emerged from the project, which he explains in his own words.

1. THE NEXT BIG FINANCIAL CRASH WILL BEGIN WITH IT

Of all the issues that people discussed with me over that two-year period, this was the one that was most widely embraced by those I met.

The UK’s largest banks did not grow slowly and organically; they grew in leaps and bounds by taking over other banks and financial institutions of varying sizes and complexity, spread all over the globe.

The IT systems for these rapidly expanding groups have had to be repeatedly patched and upgraded to keep pace with these developments and the changing nature of technology. However, funding for IT is often inadequate because the long-term investment required would undermine the need that banks have to deliver short-term profits to their shareholders.

The vast majority of people I spoke to agreed that the precariousness and opacity of their systems make the big banks fundamentally vulnerable. And there are plenty of people ready to exploit that vulnerability – recreational hackers, terrorists, even disgruntled ex-employees.

2. BANKS REALLY ARE TOO BIG

Banks in the UK and beyond have grown to such a size that it’s impossible for the people at the top to know what it is really going on. An auditing accountant told me: “As a CEO you can’t understand every single algorithm your bank uses, every product they trade. CEOs get someone telling them: ‘Don’t worry, it’s under control’.”

Those high up know just enough to get by but not enough to know what to do in an emergency.

One banker told me: “We need to get rid of the idea of ‘the bank’. That term implies a unity of action and purpose, as if there’s an all-encompassing view driving that bank. There is no such thing. What we have is a collection of individuals in positions of power.”

The social anthropologist and journalist Gillian Tett demonstrated this in her book Fool’s Gold. People in banking tend to work in silos, a practice that hinders the exchange of crucial information. Banks are a collection of clusters of activity. Sometimes these clusters work in isolation to others, and sometimes in conflict with each other.

“Without job security, you have no loyalty and no continuity”

4. IT’S ALL ABOUT THE SHORT TERM

Another banker said to me: “In my career I have almost never seen anyone trying to build something. There are just cycles of new guys coming in. They put forward a plan promising to make money in three to four years. The pressure is huge, and the easiest way is to take more risk.”

The bonus culture drives short-term gain at the expense of long-term sustainability. The requirement to deliver value to shareholders does the same. And crucially, there is very little job security in some areas of banking. Without job security, you have no loyalty and no continuity.

5. EXCESSIVELY COMPLEX PRODUCTS SHOULD BE BANNED

How many stories have we heard about mis-selling and excessively complex products? Why are banks not subject to the same sort of controls as food or cars or medicine? There are all kinds of synthetic foods that we don’t allow because we don’t know what they could lead to but in finance we seem to treat the market like a lab rat. We just throw these things in there and only when they explode do we lose them.

Complexity shields people from critical scrutiny, and it gets really dangerous when you combine it with zero loyalty and the profit motive.

Some people like the fact that there is a shift away from traders in banks being the old-school ballsy, wheeler-dealer types towards more geeky types who understand the maths, the data and the technology. But the problem with the maths is that fewer and fewer people do actually understand it.

People working for the regulators don’t get paid anything like as much as most of the people they are trying to regulate – and the banks hoover the best ones up anyway. They are always trying to play catch-up and introducing more red tape doesn’t help because it just makes it more difficult for disruptive fintech start-ups to provide competition.

Then there are the ‘Big Four’ auditors; KPMG, Ernst & Young (EY), Deloitte and PricewaterhouseCoopers (PwC). Why would they rock the boat during the auditing process when the banks are such valuable sources of revenue to them? You could say the same about the ‘Magic Circle’ law firms.

Of course, there are always the internal risk auditors within the banks themselves who may be very hard working and well intentioned. However, given the issues of clusters and complexity outlined above, it is often too easy for some within the banks to outfox them.

And then there are us – the customers. Most of us know very little about banking, so part of the problem is a lack of education from school upwards.

While banks might claim to encourage cultural values with an element of morality, the banking world in general takes an amoral position. The priority is to make money for clients, for shareholders and for the bankers themselves, particularly those in senior positions. Value judgements about ‘right’ and ‘wrong’ don’t come into it. And for many people I spoke to, this made perfect sense – morality complicates a system that is built on logic and process.

Of course, amorality also absolves people of their moral responsibility and is very popular with competitive people. And mathematicians love it because you can play lots of arithmetical games around shareholder value – but stakeholder value is much more difficult to measure.

Unfortunately, though, there is no law on earth that offers a perfect fit with reality, especially where activities such as banking cross jurisdictions and technology platforms. There will always be loopholes to be exploited, and people who are financially motivated to take advantage. And this will always be a problem until banks seriously embrace a moral framework for their employees to work within.

8. LIABILITY SHOULD START AT THE TOP

A lot of people suffered when the banks collapsed – including hundreds of thousands of people within the banks who lost their jobs or endured significant stigma for creating something that was entirely beyond their control.

It might have been different if the people at the very top of the banks had expected significant punishment for creating economic and social mayhem.

9. IF YOU WANT CAPITALISM, YOU NEED THE POSSIBILITY OF FAILURE

People say that banking is a capitalist, free-market system but it’s not. Once you reach a certain size as a bank, you can’t fail – the State won’t let you. That’s not a free market.

It’s also extremely difficult to start a new bank – most niches are dominated by three or four large brands.

And while there are plenty of people in banks who are paid to take significant risks, they are not the ones bearing the risks – that comes down to the bondholders, the shareholders and the taxpayers.

One banker said to me: “Banking today is like playing Russian roulette with someone else’s head.”

THE TRADER WHO FORGOT HIS FRIENDS ON 9/11

An extract from Swimming With Sharks by Joris Luyendijk: 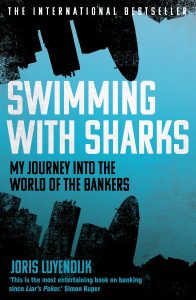 “On 11 September 2001, he was working as a trader at a top bank in London. As the first plane hit the towers, many people were still thinking, or hoping, that it was an accident. He had a brainwave and called a good friend of his in New York: did he see any other planes or white trails in the sky? If not, the airspace over New York had been closed, meaning the authorities were treating this as a possible terror attack. The sky was blue and empty so, as soon as he could, he started selling stocks in insurance companies, in airlines… Never in his life had he worked so hard as he did on that day and never did he make his bank so much money. The London markets were closing, he did his digital paperwork and only then did it occur to him that he knew people in the Twin Towers. “I had friends who were working there,” he said, almost indignantly. “Until that point, I had not thought of them, not for a second.” 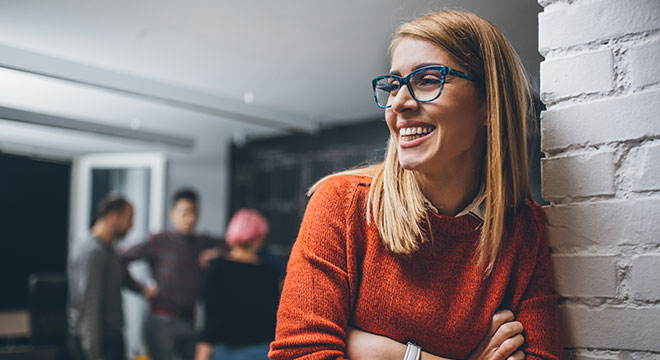