The Anxious Person’s Guide to Networking

If the idea of ‘pressing the flesh’ at a networking event gives you the heebie-jeebies, you’re not alone. Fraser Allen offers some helpful observations from the frontline of vol-au-vents and clip-on name badges

I used to hate business networking events. But when I set up White Light in 2001, I decided to take a deep breath and get out there to build my company’s profile. So I’d turn up in my best suit, grab my name badge, seek out a glass of white wine (if available) and stride determinedly into a room of unfamiliar faces.

It wasn’t much fun. I remember a particularly painful gathering of biotech experts that I’d semi-gatecrashed with the misguided intention of ‘working the room’ to give out my business cards. I thought that was the kind thing that company owners were supposed to do at these bashes. Suffice to say, nobody wanted to speak to me – particularly as it rapidly became clear that I knew next to nothing about biotechnology. So I ended up alone in the corner, clutching a vol-au-vent and suddenly finding a leaflet about Dolly the Sheep absolutely fascinating.

A little while later, I got a taste of my own medicine. Looking for someone to talk to at an Edinburgh Chamber of Commerce networking morning, I got trapped in the corner by a very persistent photocopier salesman.

In the 16 intervening years, networking events have changed quite a lot: more fruit, less wine; lots of different formats – round tables, speed dating, etc. But the underlying anxiety that many people feel from attending these kinds of functions remains. And the reason is simple. Business networking is not a natural way for humans to communicate with each other.

Consequently, people of all ages and seniority suffer from networking anxiety, and it can affect them in different ways. It may induce nervousness, boredom, claustrophobia or a desire to run away screaming. Some people just don’t like interacting with other humans and, frankly, who can blame them? We once worked for a very scary CEO who disliked talking to people so much that he insisted on having his own private lift to his office.

But that kind of attitude isn’t going to help you when it’s ‘time to mingle’. So if the very thought of working a room makes your skin crawl, here are some hard-learned lessons from my own personal networking blunders.

RELAX, IT’S NOT A HUNTING EXPEDITION

People sometimes feel under pressure to collect as many leads as possible at networking events, but if you approach people as conversion opportunities rather than human beings, you won’t get very far. Turn up with a desire to enjoy yourself and meet interesting people – that worthy intention will shape your conversation and make you good company.

At the same time, it’s very useful to have an idea of who exactly you may meet. So check out the guest list in advance if possible and figure out the people that you’d be most keen to have a chat with. If you don’t recognise who you’re looking for, ask one of the organisers to introduce you.

If you know you feel uncomfortable at these kinds of events, do everything you can to put yourself at ease. Arrive early so that you can settle in while the place is quiet – much better than rushing in late to a hot room full of noisy people. Dress for the occasion (I met a chap at a summer event last year literally melting in a thick, three-piece tweed suit). And I usually take a packet of mints – people can get pretty close up and personal at these things.

LOOK OUT FOR EXTROVERTS

You arrive in a room, don’t know anybody and are not sure who to approach? The temptation can be to team up with someone quiet in the corner so you have a pal. But the better approach is nearly always to head for the people that are having the most fun. Simply march up, smile and tell them that they are clearly where the fun is. Never fails.

LET YOUR BODY DO THE TALKING TOO

Next time you’re at a networking do, take a few moments out to look around. Who are the people that look the most interesting to speak to? I’ll bet it’s those with the open body shapes; the people whose heads are up, who are smiling, looking directly at people, listening. It almost certainly won’t be the ones who are hunched up, maybe with arms folded, who it’s difficult to make eye contact with. Being open with your body language makes you much more approachable.

THE WINNERS ARE THE LISTENERS

Important as it is to listen, you also want people to ask you what you do, so make sure you have a good answer ready. Think of something to say that will pique their interest and make them want to find out more, developing a discussion about what you can offer. And it’s always best if you tailor what you say to what you’ve already learnt about them – rather than trotting out an (invariably over-scripted) ‘elevator pitch’.

If you find yourself in a dead-end conversation with someone, don’t feel obliged to stay by their side; you’re just wasting your time. Simply say: “It’s been great to meet you, I’m just going to say hello to a couple of other people now.”

It’s all about the follow-up. While the event is still fresh in your mind (and everyone else’s) decide who you would like to keep in touch with – but also be very clear about why. Drop them a note to share contact details and outline potential areas of common interest. And it’s always a good idea to send them something useful if you can. For instance: “You mentioned that you’re a big fan of Dave Trott – I saw this interview with him in the FT and thought you might find it interesting.”

LOOK AT YOUR DIARY

Pursue these contacts and assess any invitations you have from other people to meet up. But be wary of getting into the habit of meeting people just for the sake of it. As Kenny Wilson, CEO of Cath Kidston, said to me recently (at a networking event): “Your diary manifests your intentions in this world.” Sound advice. Anyone for another vol-au-vent? 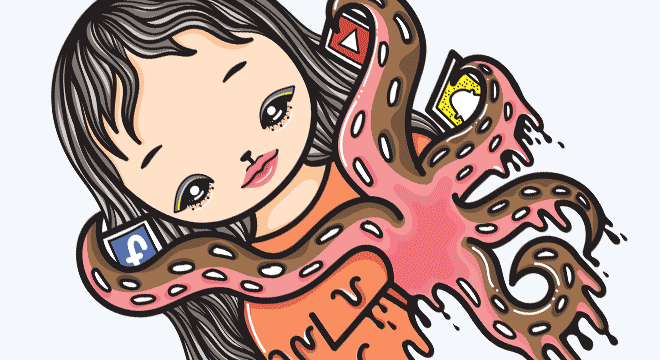